home / about / how pneumatic tubes work

How do Pneumatic Tubes Work?

Pneumatic tube systems are used to transport materials safely and efficiently between two or more points. They are used in many industries and have a rich history.

Parts of a Pneumatic Tube System

Carriers are the capsules that actually travel through tubes. As their name suggests, they carry the material to be transported from point A to point B.  Carriers come in varying sizes to accommodate different systems and industries. Leak-resistant and leak-proof carriers are ideal for hospitals and labs that need to transport sensitive liquid materials. Carriers are made of durable, transparent material and have secure but easy-to-operate closure flaps. The cushioned skirts on either end of the carrier allow it to move smoothly through tube systems and arrive at their destination safely. 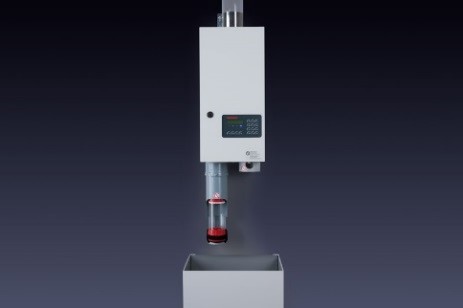 Stations are the ports that send and receive carriers. They include docks to insert carriers and user interface panels to send them to the desired end-station. There are different types of stations depending on the needs of the system. A pneumatic system might have two stations, or it may have diverging paths that lead to several stations.

Blowers are the fans that cause the carriers to move through the pneumatic tubes. By creating a difference in air pressure between two ends of the system, the blower effectively 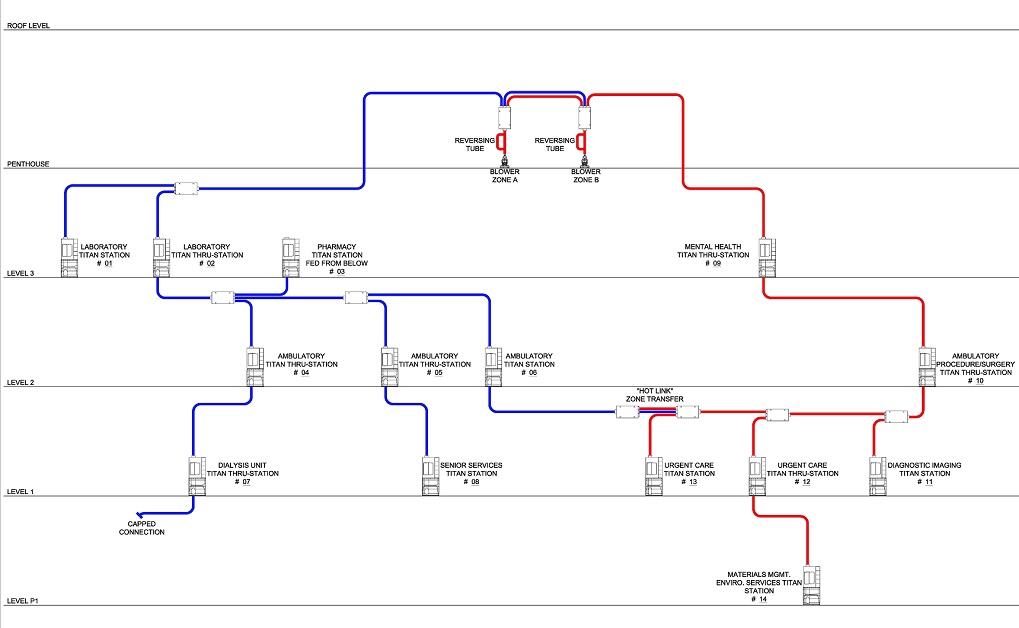 Pneumatic tubes have been around since the 1800s. In their early days, they were used to transport mail in London. They became increasingly popular in major cities like New York, Boston, Paris and Berlin and were becoming a part of city infrastructure and were used in businesses around the globe. After two world wars and the advent of new technologies, however, pneumatic tubes became a less popular option. Despite the apparent decline in the industry, there is still a vibrant market for pneumatic tubes today.

How are Pneumatic Tubes Used Today?

Despite the Internet and today’s ease of data transportation, there are still physical materials that will always need to be safely transported from point A to point B. The first thing most people think of in reference to pneumatic tubes are the simple systems that banks use for cash and checks. The financial industry isn’t the only industry that uses tubes to move cash and sensitive documents. Many retailers, logistics firms, warehouses, casinos and theatres rely on pneumatic tubes to move cash, documents and other materials.

In the healthcare industry, hospitals, pharmacies, clinics and labs use tube systems to move drugs, blood samples, documents, vials and other sensitive materials.

Other industries that use pneumatic tubes include manufacturing plants, foundries and government buildings. Just about any organization that needs to move product safely and quickly throughout a building or buildings can benefit from pneumatic tubes.

To learn more about pneumatic tube systems or to find out how your organization can benefit from one, contact us today!